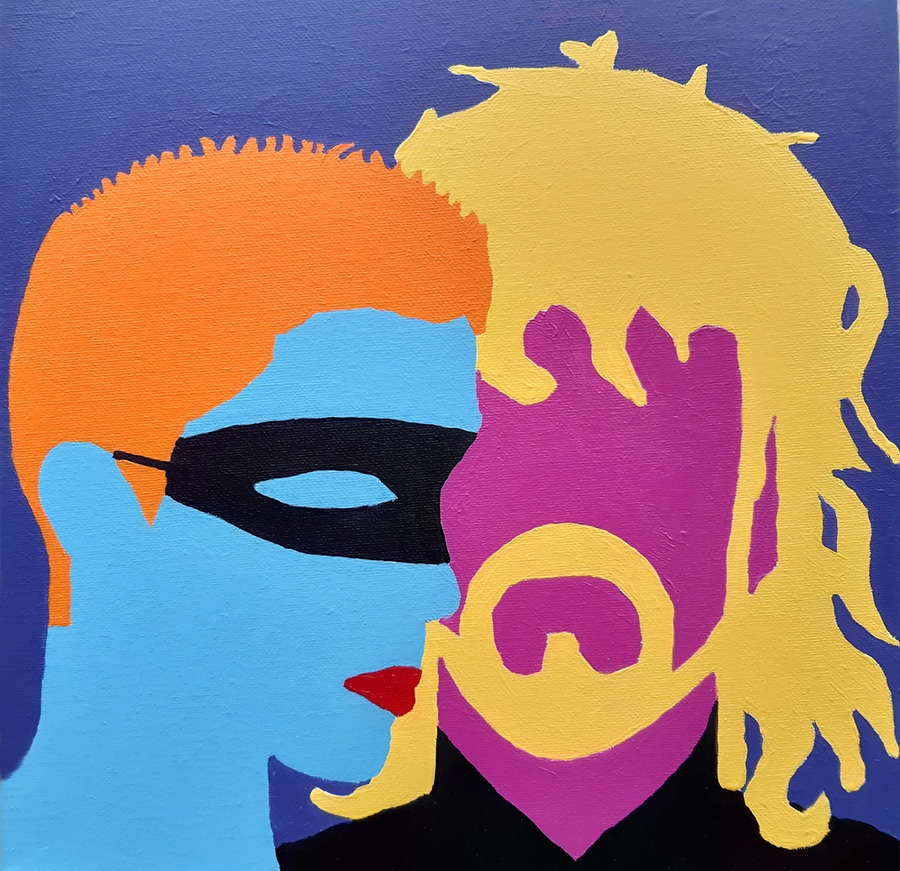 Andrew, tell us about these images …

It’s a project I started and finished during Lockdown in Melbourne. The focus was musical bands that could be identified without seeing their facial features. This meant that they needed a certain level of fame and a somewhat unique physical appearance. An iconic photo pose that people would recognise also helped. The Trio made up of Dolly Parton, Emmylou Harris and Linda Ronstadt missed the cut because they weren’t recognisable enough!

I notice you didn’t include the Rolling Stones …

Most bands that are made up of four or five men wearing casual clothes with messy hair can’t be identified without facial details—even a very famous band like the Rolling Stones looks just like other bands when seen without facial features. I also wanted the bands included to be known for being teams, where the sum is greater than the parts. This led me towards bands that kept the same members for an extended period, that wouldn’t be the same if one person was missing. For example, that’s why Split Enz missed the cut—they changed from seven to six to five members at various times.

Did lockdown inspire this project?

The main impact of lockdown was that the day before Stage 4 lockdown was to start, I raced out and bought 19 canvasses. Then I started painting a few different things, and I really liked a painting that I completed of Abba, and so I continued with the theme.

For our non-queer readers, could you identify the queer elements in the project? For instance, they might be expecting a picture of The Village People …?

The queerest part of the project might be that with the Eurythmics, I painted Annie Lennox blue in a mask attempting to make her as masculine as possible, and I painted Dave Stewart pink with flouncy yellow hair trying to make him a bit feminine. As I was doing the paintings, I had a changing list of about a dozen bands in contention for the next painting. U2’s Joshua Tree cover was an option. Blondie’s Parallel Lines. And the Village People—but after painting the Spice Girls, a band where the members have strong individual characters and outfits, I felt that the Village People were too similar!

I’m actually a little disappointed that the project hasn’t come out a bit queerer. I guess I didn’t plan it but just went with the flow. 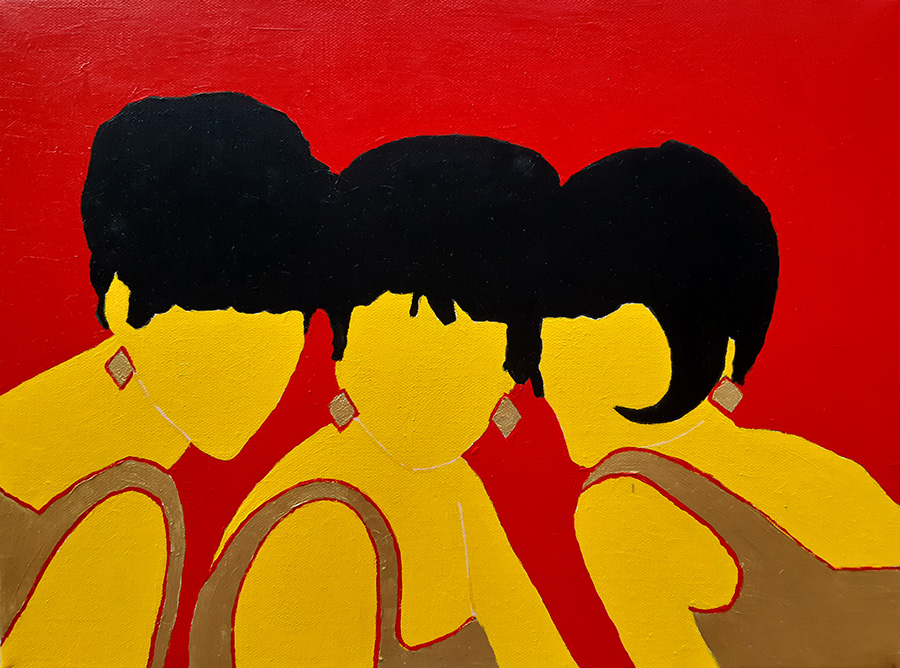 Andrew McNamara paints and draws for pleasure, writes a bit, makes furniture, has been a selector for a film festival, has produced/directed/hosted loads of community TV, and for the past fifteen years has presented the radio show Three Chords and the Truth on JOY 94.9.